I consider my artwork to be very spiritual. I was raised in a traditional, Conservative Jewish upbringing, filled with weekly trips to the Synagogue, Matzoh ball soup on Passover and potato Latkes on Hanukkah. As I grew older and was exposed to a variety of other spiritual ideas and traditions, which became an influence in both my life and my artwork. The spiritual and philosophical idea that had the greatest influence was Zen Buddhism. I felt very connected to the ideas of meditation, mindful acceptance of the present moment, spontaneous action, and letting go of self-conscious and judgmental thinking. I saw a lot of similarities, and a lot of differences, between Judaism and Zen Buddhism, but also saw that they did not interfere with the teachings of one another, so I was able to reconcile my beliefs in Zen Buddhism along with my Jewish upbringing. Zen Judaism, as some people have called it.

Spontaneous action is probably the most important aspect of Zen Buddhism that I bring to my artwork. I have travelled around the world, from Australia to Thailand to Israel, and all over Europe, Mexico and the Dominican Republic. I create my artwork from memories of the places I have been that have inspired me. These memories come to me like a spark, igniting the quick burning fire of my brush. My brush flies around the canvas in a whirl, spontaneously flicking and flickering colors from my memory. The landscape around me inspires me the most to paint, like the landscape inspired the Buddha to become one with nature.

Time is one of the major challenges in my life. There is never enough. Spontaneity is a neccessity.

Alec Grossman was born and raised in Durham, North Carolina, and has been drawing and painting since his youth.

Alec attended Carnegie Mellon University where he studied Industrial Design for a year before a tragic motorcycle accident nearly left him crippled. After recovering from the accident, Alec felt a change was necessary and decided to complete his education at the Savannah College of Art & Design where he attained a Bachelor of Fine Arts Degree in Painting.

After college, the adventurous young Grossman decided to travel the world in search of adventure, excitement and inspiration. He followed Jules Verne’s model and went around the world in eighty days. After visiting the exotic Orient and the turbulent Middle East, he settled into an extended stay in Europe, visiting museums and soaking in the culture.

Upon returning from his adventure, Alec settled into a more mundane existence. This, however, did not quench his artistic thirst. He used the inspiration of his travels in the work he did after his return and continues to draw inspiration from his surroundings.

Alec continues to live a double life, working a normal, nine-to-five job during the day and furiously painting the night away. His rapid brushstrokes demonstrate his constant battle with the constraints of time. The fleeting sunrise and sunset flicker away before the paint even begins to dry. Only the impression is left on the canvas. 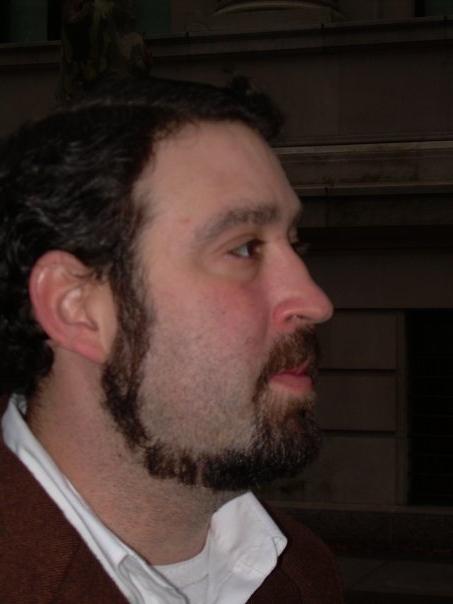